Get Some Sleep with BluTech Lenses

Natural melatonin production begins after the sun sets, but in this digital age, blue light from devices, televisions, and artifical LED lighting sends a signal to our brain that it’s not yet time to produce melatonin. This can become problematic and affect other areas of life, prompting many people supplement with natural sleep aids or even medications.

By wearing BluTech Lenses at least three hours before bedtime, you can say goodbye to the drowsy after effects of supplements and wake up feeling refreshed, in a better mood, and ready to take on the day. 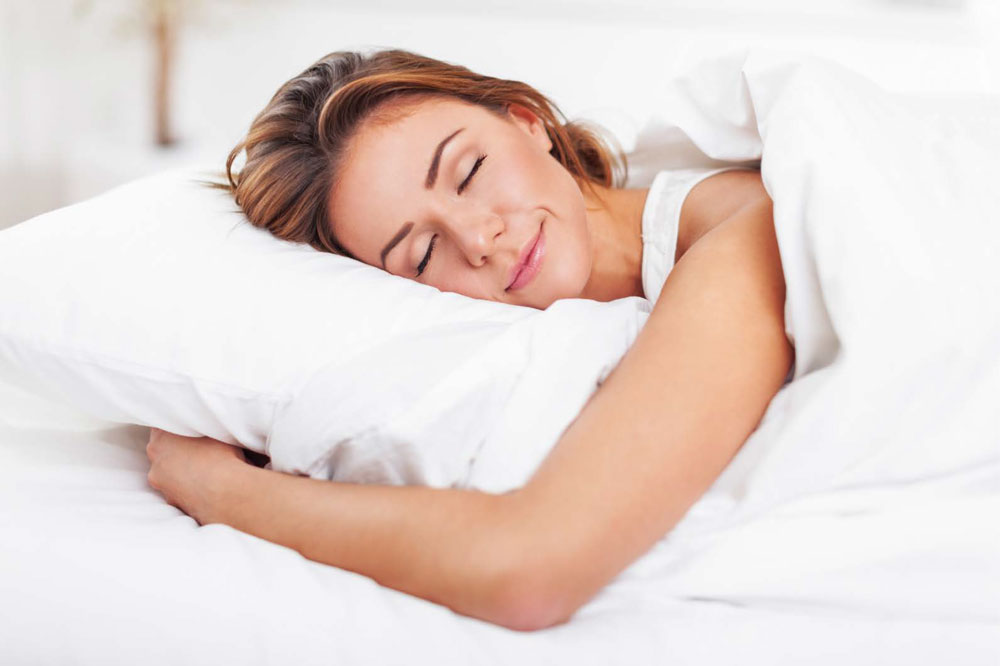 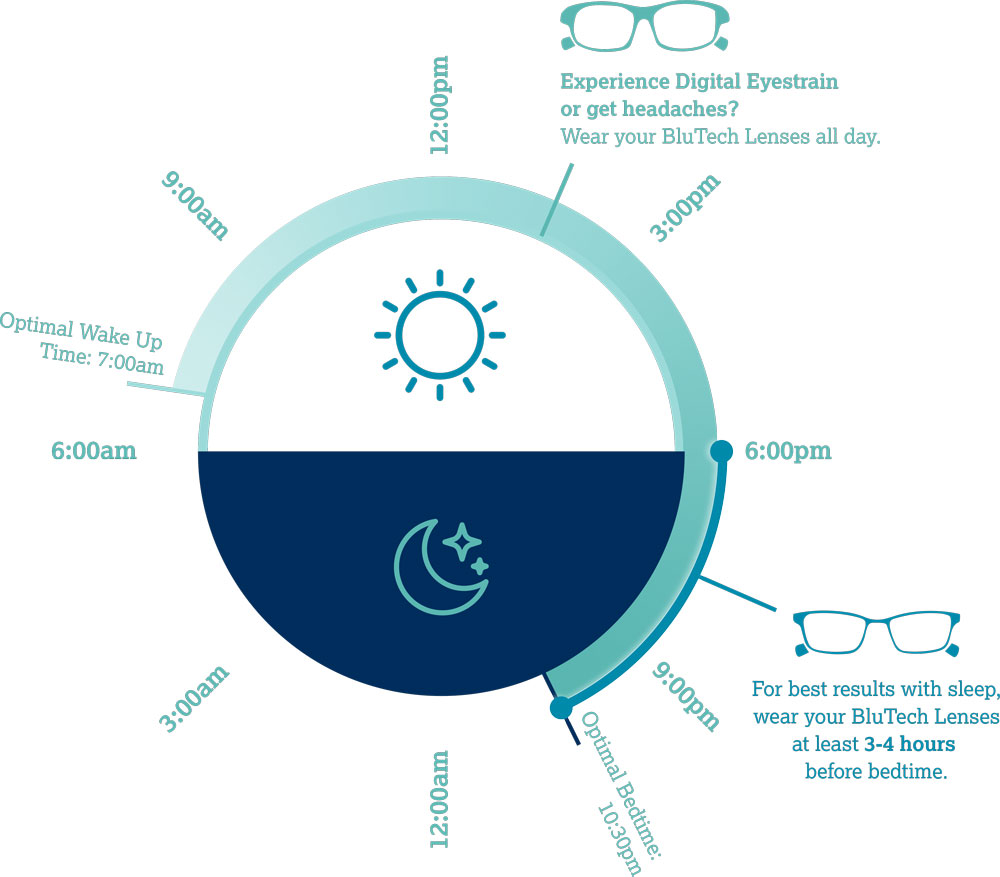 Do you ever struggle to fall asleep and can’t figure out why? Or perhaps you wake up in the middle of the night for what seems to be no apparent reason? It’s likely that blue light from your phone, TV or tablet is disrupting your circadian rhythm, (i.e. the part of the brain telling you when you should be sleeping or awake.)

BluTech Lenses can be worn throughout the day to help relieve digital eyestrain, but clinical tests have shown that by wearing them at least three hours before bed, you can shield your eyes from the high energy, short-wavelength light (blue light) that alters your sleep/wake behavior. Ultimately, BluTech Lenses can increase your melatonin levels, resulting in a good night’s rest, improved sleep, health and productivity.

Don’t Just Take Our Word For It...
Meet Holly

Get A Good Night’s Rest With BluTech Lenses. BluTech Lenses increase nighttime melatonin levels to help you to fall asleep faster, and more importantly, stay asleep longer by reducing awakenings throughout the night. “When I became a BluTech Lens wearer, I noticed within days the positive difference they made for me while at work on the computer as much as I am. Just out of habit I also started also wearing my BluTech's at home while on my laptop and/or watching television.

Like a lot of couples in the morning my husband and I usually ask each other how we slept last night. Typically I would have an uninterrupted and satisfying sleep only once every few nights. Then one day my husband commented on the fact that morning after morning I was talking about the good nights of sleep I was having. We talked about what was different in my daily life that caused this welcome change and then it hit me, my BluTech Lenes. When we went back and looked at the timeline we agreed that my new found consistent night of good sleep started happening soon after I began wearing my BluTech's. Amazing!!!

And all the while I was so thankful for the positives that my BluTech Lens made for me during the day. Now I am overjoyed with what they do for me while I sleep soundly through the nights.”

For Daily Use: Ultra or Classic Lenses 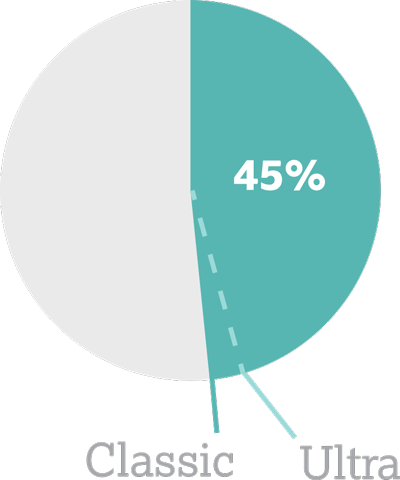 Use Ultra or Classic Lenses:

When Used Correctly, You May Experience: 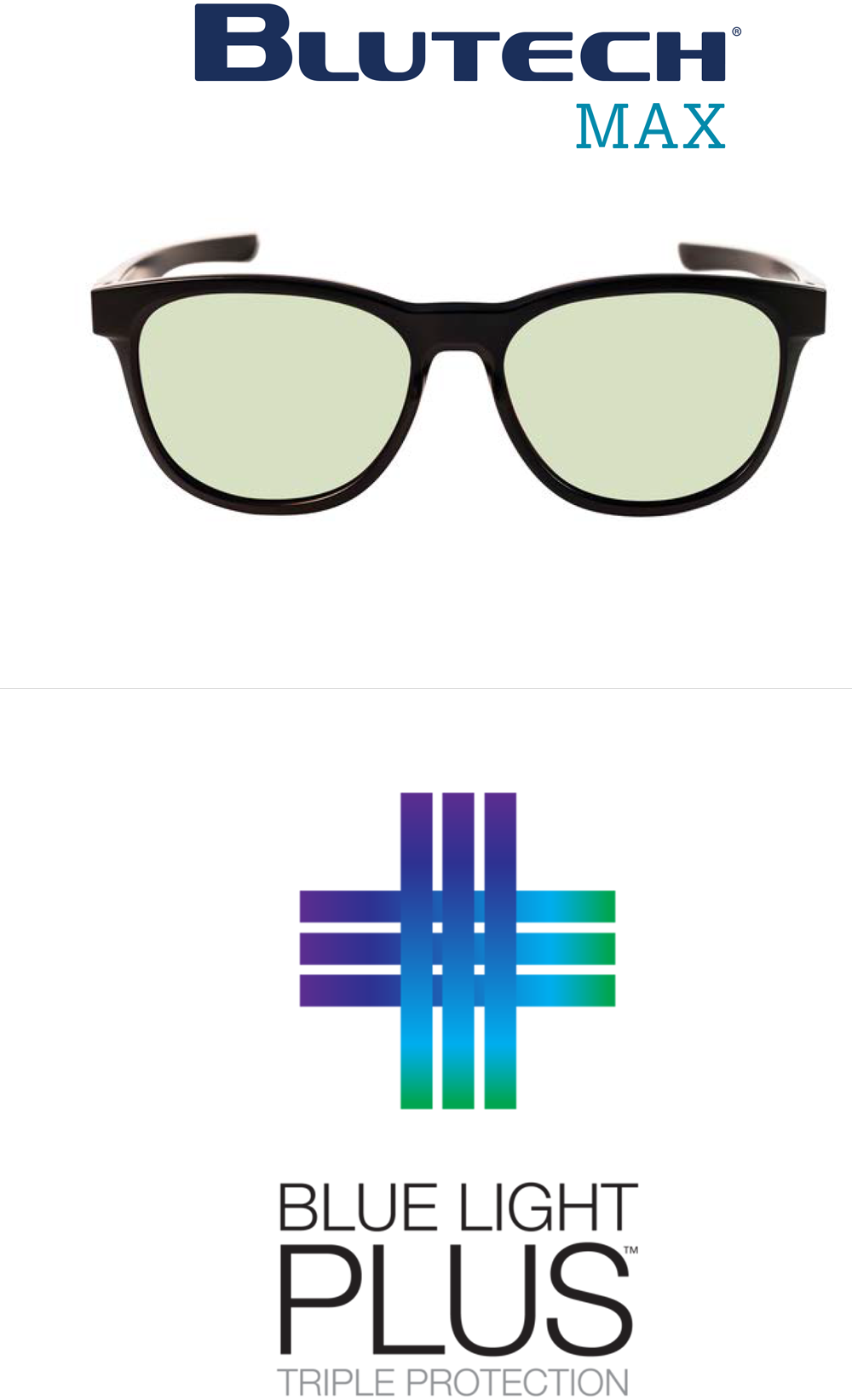 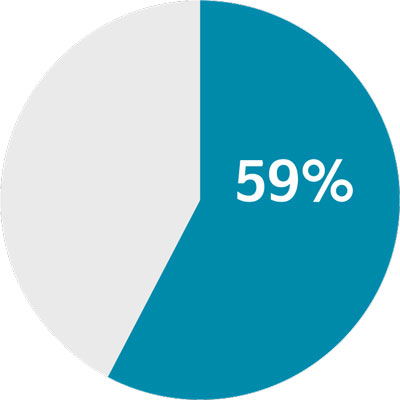 Options: Available only in NON-prescription

When Used Correctly, You May Experience:

455 nm is Where it Matters Most Indoors.

*Blue light product comparisons should be made at 455 nm. Digital devices and LED lights emit blue light from about 430 nm to 500 nm with an intense spike at 455 nm. Do not be tricked by other “wannabe” blue light “blocking” lenses that only provide blocking percentages in the part of the spectrum where digital devices emit little to no blue light, making their protection insignificant.