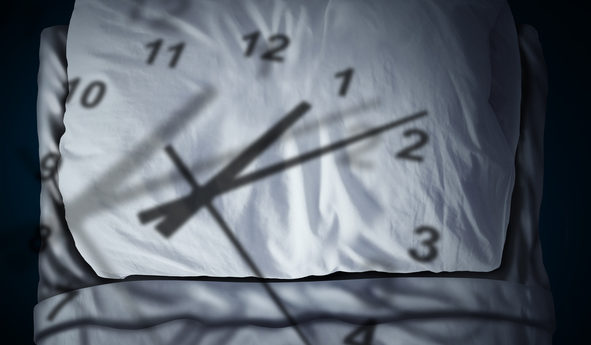 Our bodies are finely tuned machines – clocks if you will – that keep time and ticking pulses, regulating our body’s internal organs, hormones, energy level and mental health. When part of this is thrown out of whack, it can cause cascading health effects, including mood disorders and depression.

The body’s “master clock” is located in the brain – specifically the suprachiasmatic nucleus. This clock relies on cues from the sun to determine the time of day and when it’s nighttime, and the body needs to rest. This gives the body a circadian rhythm clock that is nearly 24 hours long.

Artificial light, aging, diseases, traveling and night shifts can throw off this internal clock. Consider jet lag – that hazy feeling that makes you not feel good. This occurs when your circadian rhythm clock gets thrown out of balance.

The Lancet journal recruited 500,000 adults in the United Kingdom and analyzed data. From 2013 to 2016, approximately 90,000 people wore wrist accelerometers, which measured their movement for one week. Participants were also asked to complete a detailed mental health questionnaire.

Scientists then analyzed the data to see if participants had circadian rhythm disorders, such as symptoms that included restless sleep.

The study showed that people that reported a more significant disruption in their circadian rhythms and sleep cycles were more likely to suffer from major depression disorder, or bipolar disorder. These people were more apt to have neurotic tendencies, loneliness, mood swings, lower levels of happiness and satisfaction. People that also reported not sleeping well had slower reaction times when measuring cognitive function.

While the study is not definitive, it is giving more cause to the medical community to further research these links, which could shed light on mental health disorders.

Circadian rhythm studies are gaining more popularity and notoriety. Last year, the Nobel Prize in medicine was awarded to circadian rhythm researchers that discovered the molecules responsible for our body’s delicate internal clock.

Blue light is thought to disrupt circadian rhythm cycles, which could lead to depression. Many doctors and eye care professionals recommend blue light blocking glasses, such as BluTech Lenses, when using blue light emitting electronic devices, such as tablets, Smartphones, computers and TVs.

Find BluTech Near You